Without sponsorship our event would not be possible and so your support and patronage of all our sponsors is very much appreciated.

With over a decade in the industry, Mark of MarkB Images has been able to develop a unique look in his work. You can be sure that when you commission Mark to capture your project you will receive a personable service, his attention to detail is second to none.

Mark can provide a one on one consultation to get to know your company and help you, tell your story. Devoting his life to the photographic industry, Mark regularly speaks at camera clubs and holds workshops throughout the year. He is also an accredited Judge with the West Australian Photographic Judges Association and a member of the The Australian Photographic Society.

Fitzgerald Photo Imaging is a professional photo laboratory and digital bureau located in North Perth, Western Australia. They handle all aspects of photographer workloads by concentrating on production and workflow issues.

Located in their own store at 210 Great Eastern Highway in Midland, Midland Camera House have just about anything that a photographer could need or want.

With not only a full range of cameras, lens, lighting setups, drones, bags and photographic accessories Midland Camera House now
provides a full print service, which is complete with their own custom matt board cutting facilities.

Some of the range that they stock are:

Benchmark Consultants have been a great supporter of “Spring In The Hills” for several years now and it is great to announce their continued support this year.

Located in Barber House at 16 Mead St Kalamunda, Benchmark Consultants specialise in many area of Financial Planning, Superannuation, Insurance, Retirement and
Estate Planning. The team at Benchmark Consultants pride themselves on build relationships with their clients not just customers.

Another long-term supporter of Spring In the Hills, Team Digital is one of Western Australia’s leading imaging suppliers, catering for the needs of the professional photographer, the photographic enthusiast, education and business.

Team Digital has over 35 years of experience providing leading brand products, advice and after-sales support from its showroom at 5 Coolgardie Terrace Perth, displaying an extensive range of specialist equipment and allowing customers a hands on experience with the products on show.

Araluen Botanic Park is an extraordinary garden, nestled in serene Australian bushland setting. The precinct areas are perfect for self reflection. Their vision is to create a unique, world-class botanic park of great natural beauty and tranquillity, which is accessible to and remembered by all who visit.

C.R.Kennedy & Company Pty Ltd is family company based in Melbourne, Australia and built on technology, innovation, solutions, service and after sales support.

In addition to offering the latest photographic gear, C.R. Kennedy also provides products and services in Surveying,  Medical, CCTV/Security, as well as Outdoor/Hunting.

The company head office in Port Melbourne is a landmark building, along with other major state offices in Adelaide, Brisbane, Perth and Sydney.

Their Perth office for your photographic solutions at Unit 1, 5 Gibberd Road, Balcatta WA. You can also contact them on 08 9489 8500 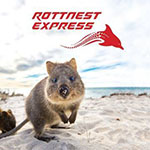 The Perth Observatory is Western Australia’s oldest observatory which is located 35 km east of Perth in Bickley. The Observatory has served WA for over 120 years and remains actively involved in the service of public education through Day Tours for schools and Night Sky Tours for the public. In recognition of its scientific, cultural and historical significance, the Observatory was entered on the state’s Heritage Register in 2005.

Since July 2015, Perth Observatory has been managed by the Perth Observatory Volunteer Group, an Australian registered not-for-profit organisation. The Observatory is maintained by our tireless volunteers who work hard to ensure that the public can continue to be amazed and inspired by our Southern Hemisphere sky. 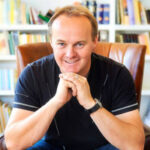 Australian Geographic describes Steve Fraser as “A master of light and composition who is one of the Australia’s foremost landscape photographers. Steve has a spirit of adventure and the desire to share some of the world’s incredible locations with others”.

His work has featured in books, leading magazines, and exhibitions all over the world. He has been a TEDx speaker in San Francisco, and the keynote speaker at International Photography week.

Steve has photographed on more than 130 countries spread across every continent.
His adventures include being part of an Antarctic expedition, trekking through the Andes, riding an off-road motorcycle around the world, diving on ship wrecks in Tonga, crossed the Kalahari Desert solo and living in an Italian palace.

Steve believes that it is important to give back and gives some of his time and skill each year to various not for profit organizations. Steve is currently the ambassador for Water for Africa. He has previously worked with World Vision, International Justice Mission, Transform Cambodia and many others.

Steve has produced four books: Moments In The Light, Inspirational Moments and The Wild Frontier: Western Australia and Fragile. 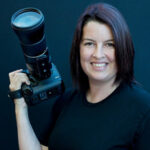 Animal photographer Alex Cearns crafts exquisite animal portraits that convey the intrinsic joy people find in animals. As Creative Director of Perth based Houndstooth Studio, she photographs around 1300 animals every year. Her clients include engaged pet lovers, leading corporate brands and around 40 Australian and international animal charities and conservation organisations.

Her images have been published extensively in worldwide media, books, magazines and ad campaigns. An undisputed leader in her niche, Alex is the recipient of more than 350 awards for her photography, business and philanthropy. She is a Master Photographer with the Australian Institute of Professional Photography, and an Ambassador for Tamron, Profoto, BenQ, Studio Ninja, Ilford Imaging Australia, and Spider Camera Holster.

Deeply committed to the wellbeing of all creatures great and small, Alex is considered one of Australia’s most passionate champions and voices for animal rescue and wildlife conservation. Her advocacy and philanthropy were distinguished with a Medal of the Order of Australia (OAM) in 2019 from the Council for the Order of Australia for her service to the community through charitable organisations.

She has also been named ‘Australian of the Day’ and the ‘Best Canine Photographer in Australia’ twice. Alex is the published author of five books, with her next due for release in November 2020 with Harper Collins Australia. She regularly judges photography competitions of all levels throughout Australia.

The judging in 2021 is on the digital images. The finalists/winners will be selected by an independent panel of three professional judges. The judging will commence on 11th August. Finalists will be notified by 29th August. *this date is anticipated. There may be a delay if any unexpected episodes occur. 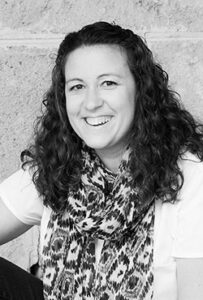 Kelly is a commercial and art photographer who specialises in architecture and products and surrealist artwork. She busies herself with being a mum, a wife and running 2 businesses. Being in the industry for 21 years her passion is still so vivid with the images she creates for both her business and personal projects.

Kelly has also been a member of the AIPP for 21 years and now serves on the WA council. She judges at both a state and national level and entering the state and national awards every year has seen her win numerous awards and gain her Masters of Photography with 2 gold bars.

Peter is an award winning photographer based in Perth. Peter has travelled extensively through India and his recent exhibition, Visions Of India, featured 35 images captured on his travels. He is fascinated with capturing the true essence of people and places around him and he says he finds beauty in the most unlikely places. With International travel now limited Peter is exploring his home state and photographing the iconic places around Western Australia. 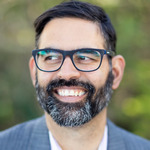 Cyrus is a practicing professional photographer specialising in:

With teaching experience since 2006, Cyrus teaches an average of 4 group learning sessions a month through the Perth Learn Photography meetup, which has over 3,700 students.

Cyrus’ work has been seen in the media such as: Artist’s Chronicle; Nationally in Capture Magazine; four stories published in the West Australian; on radio been interviewed by Todd Johnson on ABC radio, Radio Fremantle, Business 101 Radio, Curtin Radio; and worked on a project for community TV.

Through sponsorship previous prizes have been cash and retail vouchers.

The prize pool for 2022 will be announced once confirmed.